It's been a secret for a while but Team Colorado is excited to announce that the one, the only, Max "Silver Mullet" King will be moving to Colorado and joining Team Colorado! Max recently joined Team Salomon and is best know for his muscly physique, OCR skills--such as swinging from trees--oh yeah, and 2014 Road 100K World Champion. He is packing up the family wagon train and leaving Bend, OR, which he will miss greatly, to search for gold in the mountains of CO. Plus, he has already won so much prize money in Colorado that he feels like he has to give back to the state that has given him so much.


Max is sad to leave but says, "I'm really excited to be picking up the whole family including a 2 and 5yr old and moving them to the high altitude of Colorado. It's as much for me as it is to get the kids introduced to high altitude early and start their mountain running career. I'd like Micah to become the youngest Pikes Peak Marathon Champion ever and Hazel to be the youngest person to ever complete the famous marathon next year. I think she's almost ready but just missing that specific high altitude training."

Team Colorado: What are you lacking? Do you think Colorado will get you to the next level?

Max: I'm getting to that point in my life where I need to start thinking about the next step in my training evolution and I really believe that Peter "The Prez" Maksimow can help me get there. His ability to grow and maintain facial hair is astounding. It's going to be a necessary piece of my training going forward, just look at the rest of the ultrarunning world. Everyone has facial hair, a lot of it too!

TC: So, Max, this is a huge move for you! Why are you deciding to come to CO since you have had so much success in Bend? Is it the beer, are you coming to CO for the beer!?

Max: Yes, I've outgrown the sup-par beer of Central Oregon and it no longer is having a positive training affect. The watery macro beer of Colorado will allow me to get serious in my training and not be too tempted to drink it in larger quantities.


TC: Inquiring minds want to know: how do you get so muscly? Is it all that OCR training?

Max: It has been a challenge to get to this level of running fitness, to say the least. I've recently begun a strict diet of a dozen eggs and a donut for three meals a day along with a CrossFit regimen that would make Stone Cold Steve Austin cry. I no longer believe that running produces fast times in races, it only leads to more injuries for me.

TC: Are you going to take a stab at Matt Carpenter's Pikes Peak Marathon record? Alex "Axel" Nichols said he won't let you beat him, he doesn't care how fast you have run in the steeplechase or 100K!

Max: Yes, but after developing my CrossFit mentality I no longer feel like it's a legitimate record to go after in the summer. When I arrive in Colorado I'll wait until winter to attempt the record using snowshoes. Plus, tree line on Pikes Peak starts where Mt. Hood ends! 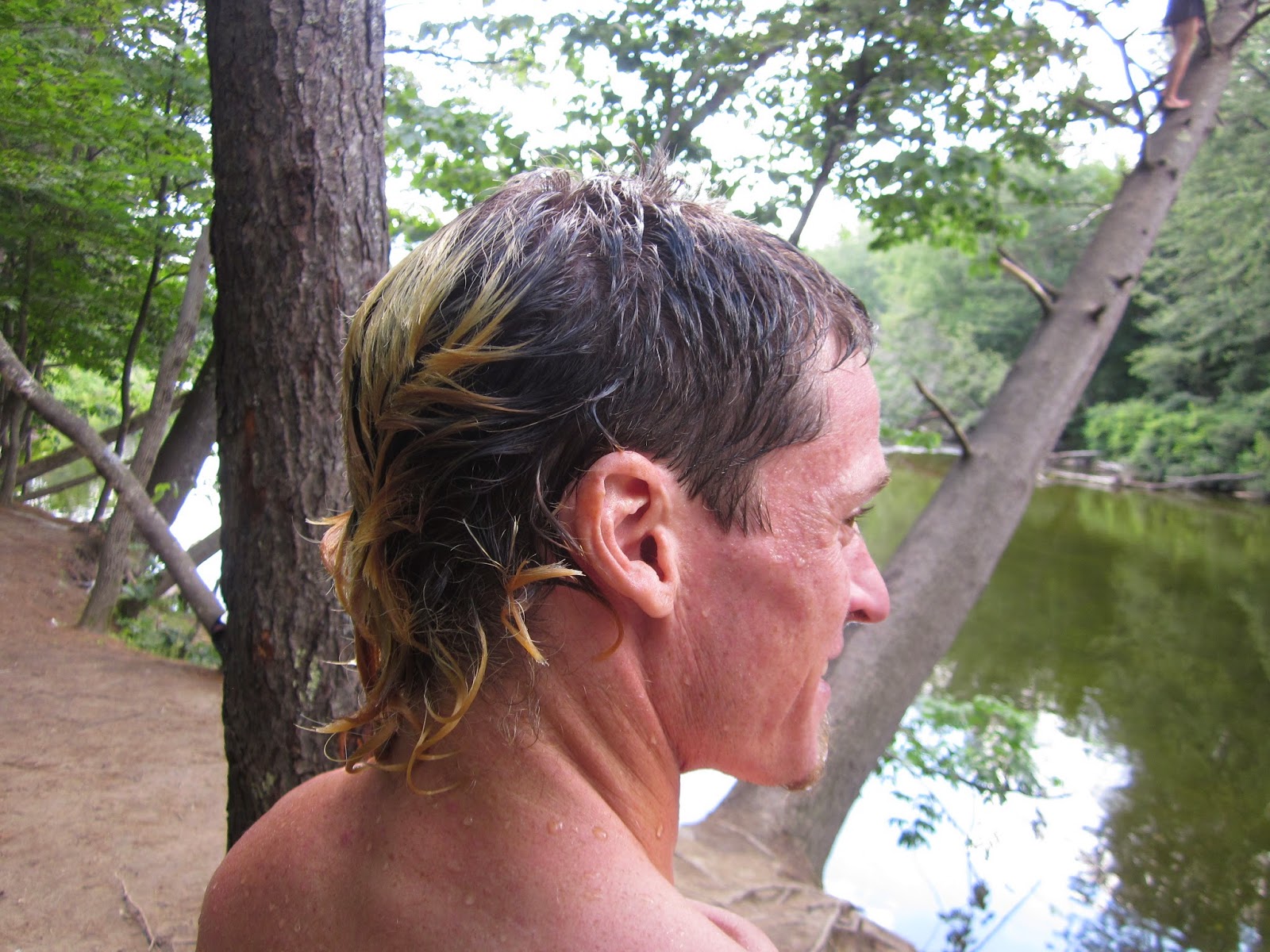 TC: We heard you have done 100 X 400m on the track and pinned a race number directly on the skin of your chest….that sounds like Team Colorado material to us!!!

Max: I'm so happy to be welcomed as part of Team Colorado!
Posted by Peter at 11:00 AM