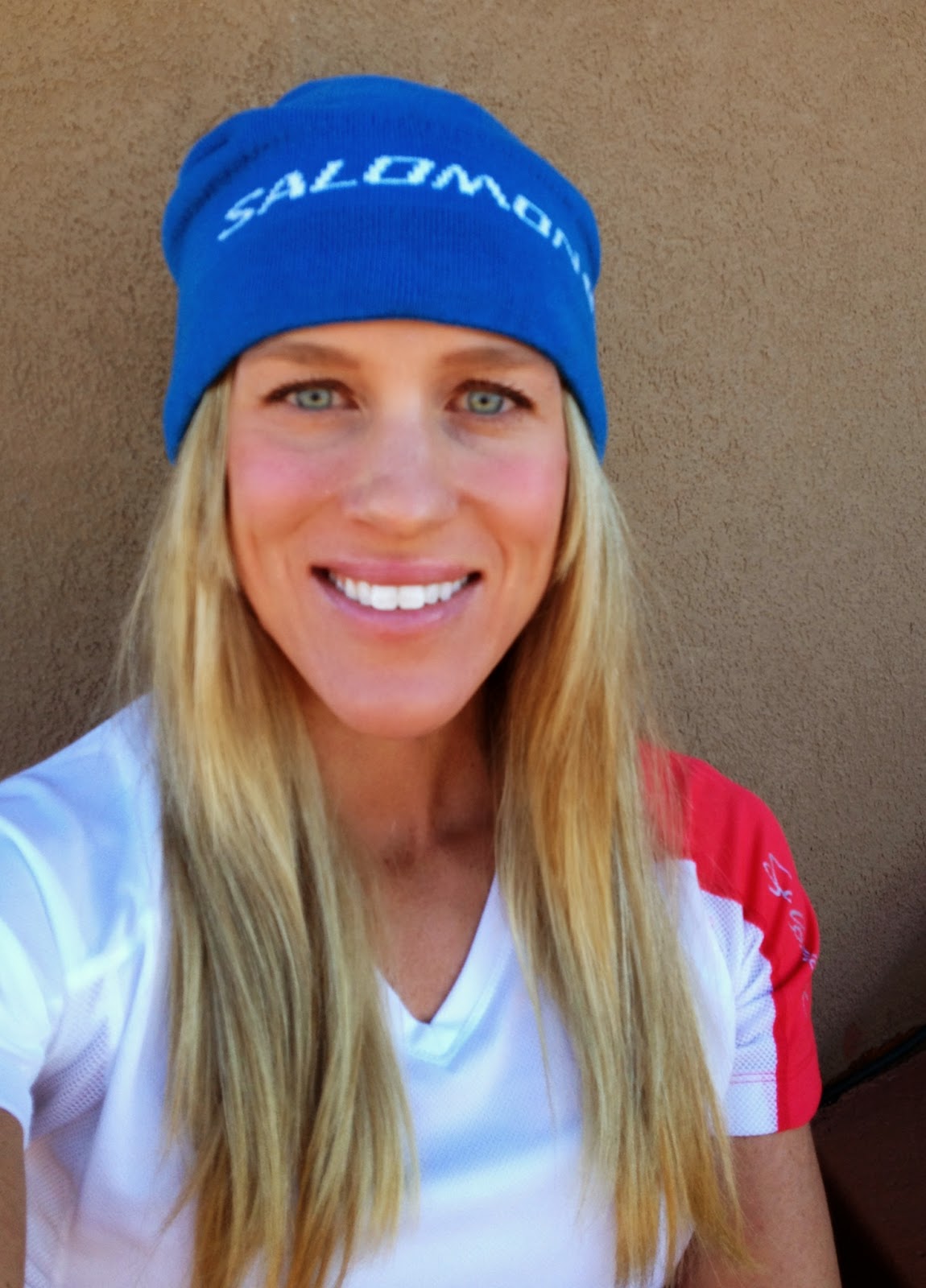 Personal Bests (or Worsts): One of my favorite experiences was at Run Rabbit Run 50 in Steamboat this past year. It was one of those races that felt easy and was truly enjoyable from start to finish. That doesn’t happen very often! Also, my first ultra ever was the Mesquite Canyon 50K in Arizona in 2012. I felt amazing that day and managed a solid course record and third overall.
A tough race for me this past year was the UROC 100k. I was having a wonderful day until about mile 40 when I got behind on calories and could no longer eat anything. It was a 100% suffer fest for about 25 miles. I was staggering around in the dark dizzy and nauseated and talking to myself. It was rough!! 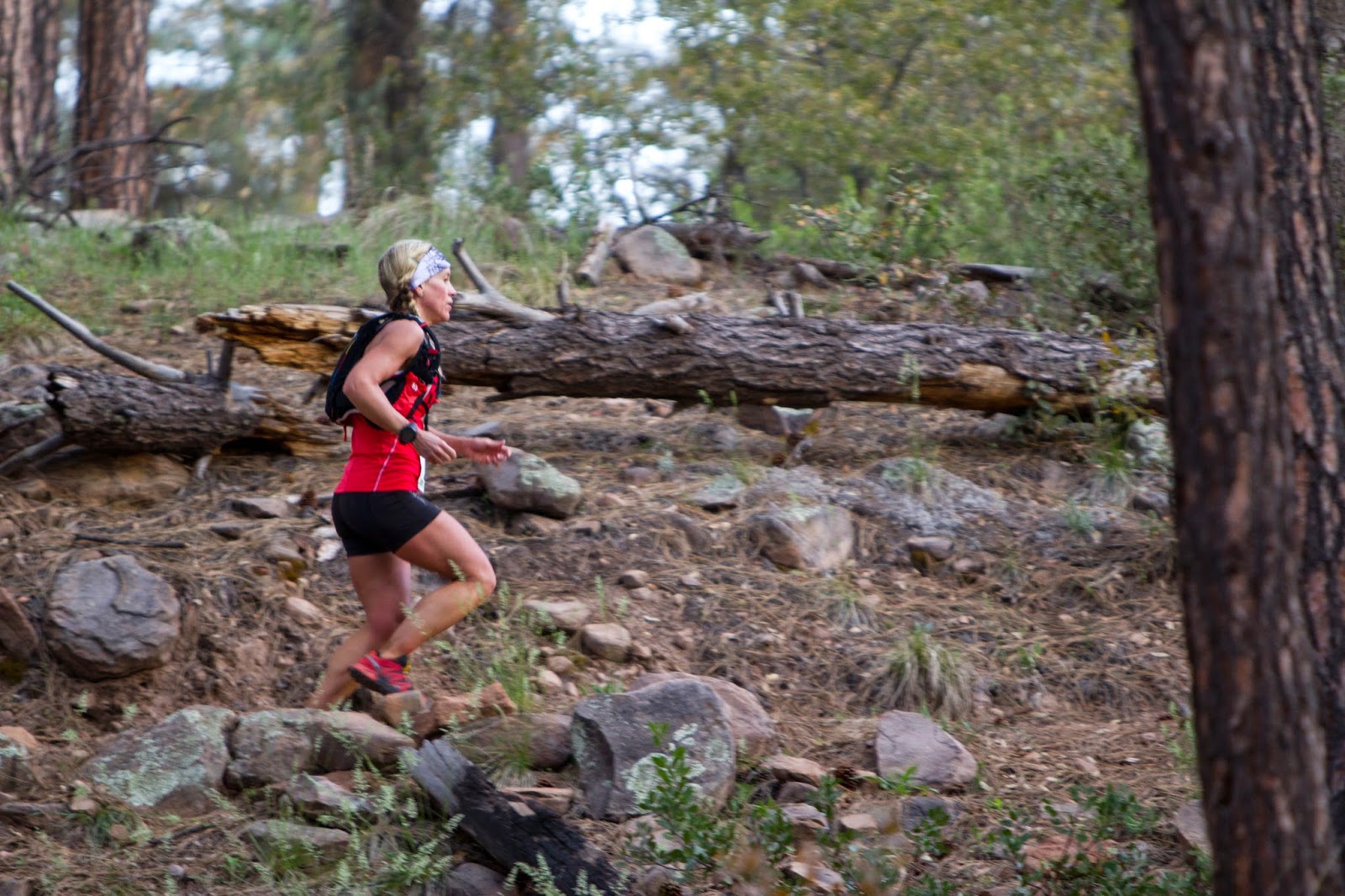 Goals for 2014 and beyond: I know I have lots of room for improvement when it comes to speed, so I’d like to work on that. I’ve been running a lot of longer, more technical races, so my strength and endurance have increased, but my speed has taken a hit for sure. I hope to improve my times over 2013 at Dirty 30, Speedgoat and TNF 50 San Francisco. H.U.R.T 100 in Hawaii and Hardrock 100 are both on my list. My main goal is to continue to enjoy and appreciate every experience and to hopefully inspire my two daughters to be strong and follow their dreams!

Favorite workout: Mt. Sanitas repeats. Mt. Sanitas is easily accessible and I know I can get a lot of great technical running done in a short amount of time.  It’s a staple in my training regimen!


Favorite races: The gnarlier the better. Anything with insane amounts of rocks, roots, altitude and climbs. I love Zane Grey 50 in Arizona, Speedgoat 50K in Utah and the Dirty 30 here in Golden, CO. I’d really love to run some mountain races in Europe to experience that whole different race scene. 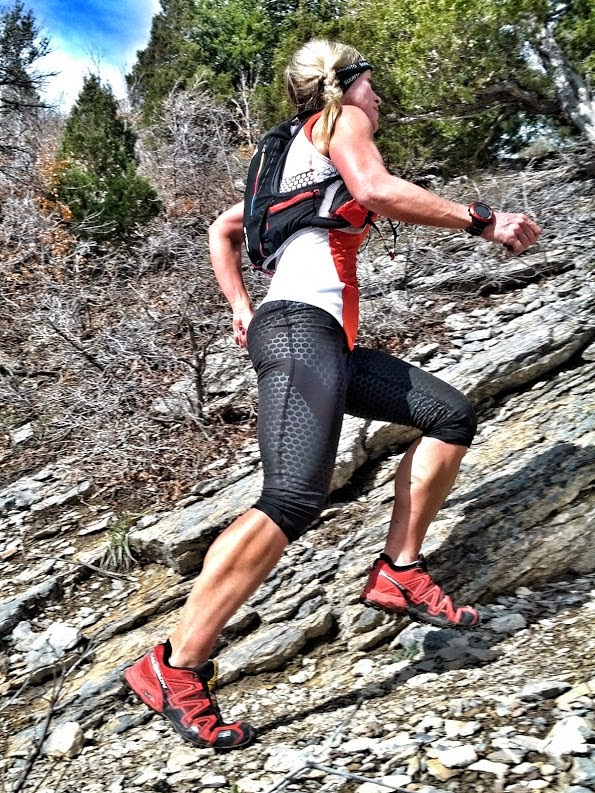 Website/Blog: Not yet! I will be starting a blog very soon!  Until then you can follow me here and teamcolorado.blogspot.com.

Favorite beer: I like most beers, but right now in my fridge I have: White Rascal (Avery), and Orabelle by Great Divide.

Why Trail/Mountain/Ultra Running?:  Mountain running brings joy, freedom, balance and simplicity to my life. It’s a great time to be alone with my thoughts and find inspiration from my surroundings. I love running ultra trail races because the task is so primal and simple (one foot in front of the other), yet so very humbling. Living and running in Colorado is truly a privilege. And you can’t find a better group of people anywhere!

But really, who's Kerri? 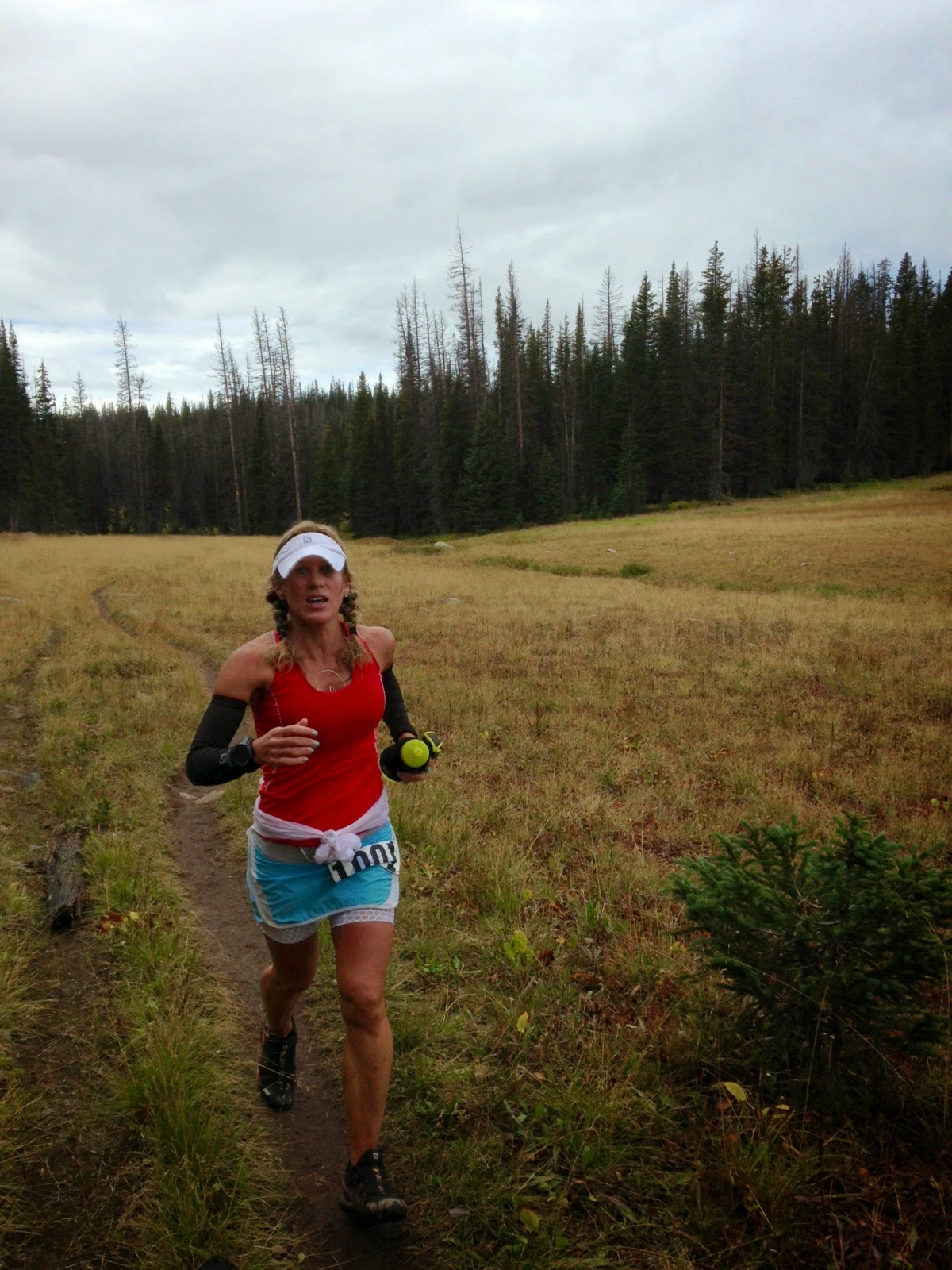 Watch your back!  At the Stump Jump 50k in Chattanooga, TN it rained pretty hard all day making the roots and mossy rocks super slippery. At mile 2, I was crossing a wooden bridge and slipped sideways and got my leg caught under the crossed wood. I pulled it out, hobbled a bit and started running again. It was so damn slippery! I fell countless times. The most memorable fall happened as I was climbing a rocky, mossy ridge behind a group of guys and I lost control of my feet and lunged forward. To help break my fall, I reached out for the closest thing to grab, which happened to be the guy's ASS in front of me. With a good-sized hunk of his butt in my hands I continued forward and did a face plant on his ass as well. It was pretty embarrassing and I apologized profusely. He turned and said, "Thanks for the ass massage! Can I have another?".  You gotta love ultra runners. It's such a great crowd!
Posted by Unknown at 11:32 AM No comments: 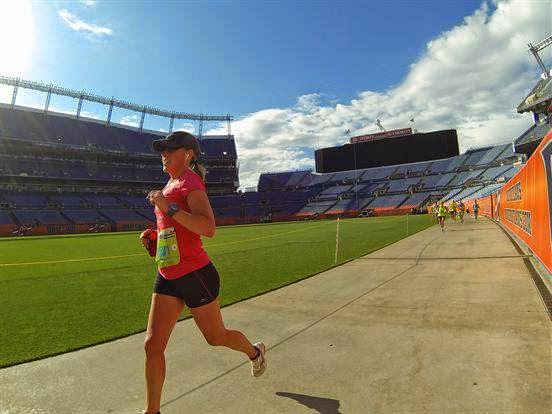 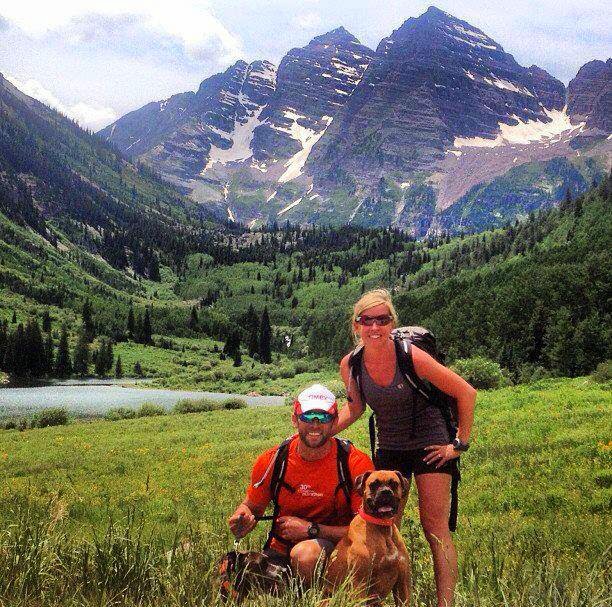 Favorite workout: I LOVE the long 6-8 hour Saturday run where you pay no attention to pace, but just run. The longer the better! This is what I’ve missed the most during pregnancy.

Favorite beer: Shipyard Smashed Pumpkin but I’ll take a glass of Stranahan’s over anything, any day.

Why Trail/Mountain/Ultra Running?:  While I still love road running, the people/community, the races, the training, are why I fell in love with this “side” of running. There is less pressure, more fun, more beauty and more life in Mountain/Ultra running.


Anything you want to add: As we are expecting our first baby (a boy!) here in a couple months, I can’t wait to introduce him to this world and can only hope he loves it as much as I do. You will probably see me on top of a few mountains with him on my back – Maybe Kim and I will try to set some records for the most 14’ers with a baby on our backs! 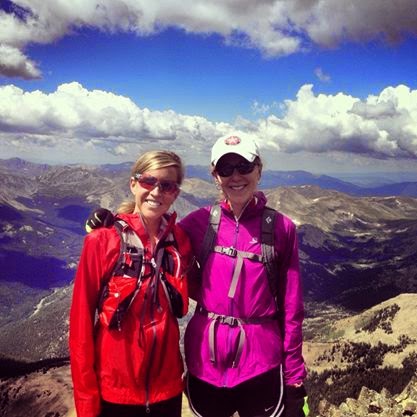 Posted by Unknown at 8:09 AM No comments: 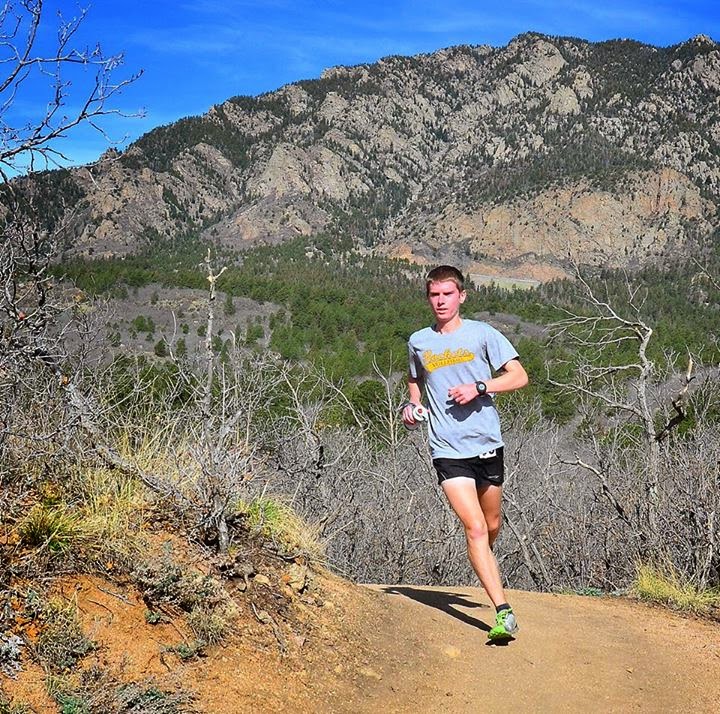