Team Colorado caught up with the 2014 WMRA World Long Course Challenge and Pikes Peak Ascent Champion, Sage Canaday, and asked him about the race. Here is how it went. 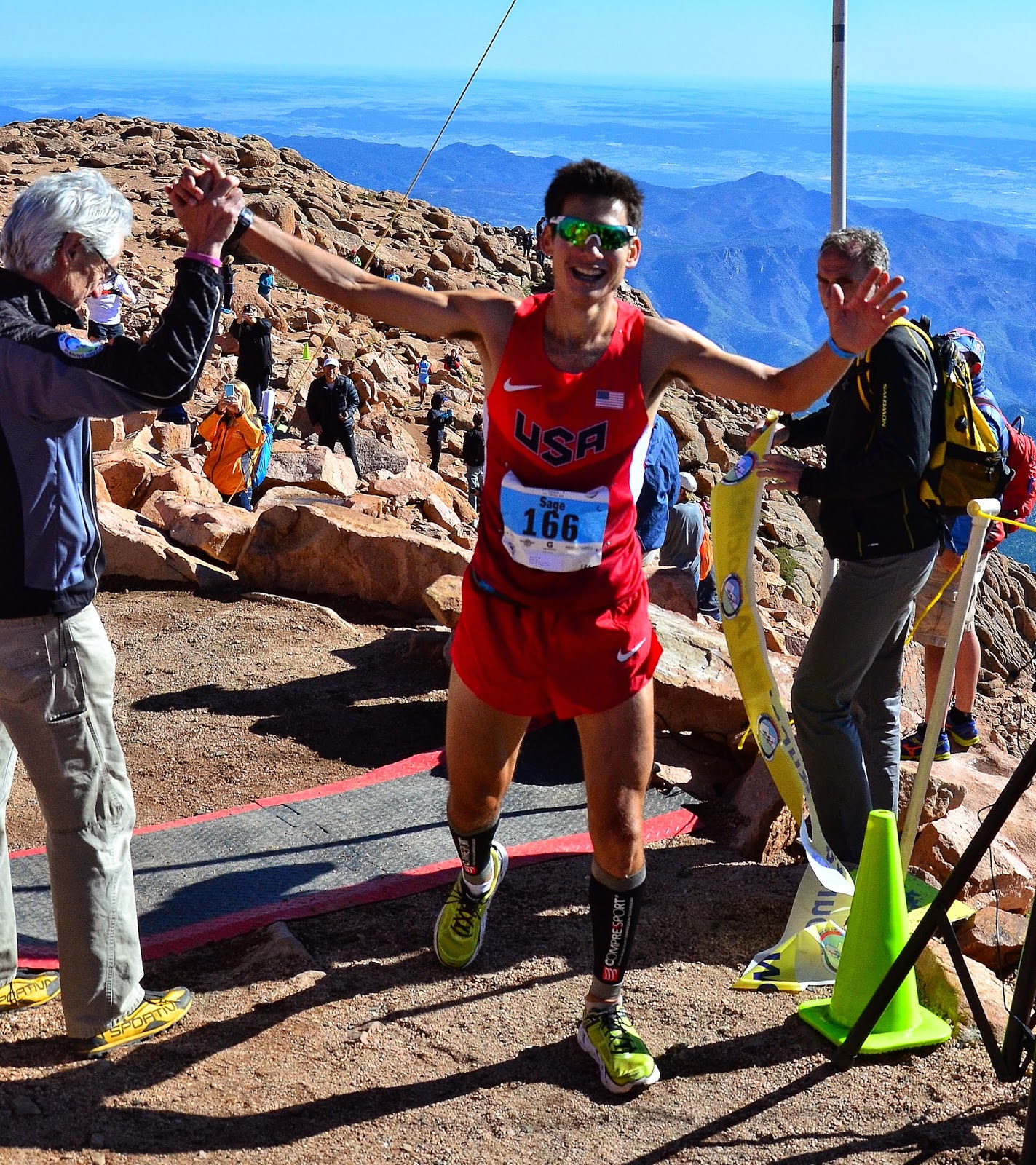 Team Colorado: First of all, congratulations on your victory at the World Long Course Challenge at the Pike Peak Ascent in a time of 2:10:03, not to mention your Uphill Challenge at OR, Speedgoat…so many others that we don't want to have you sit through the long list…and I'm sure you know them all, you were there! 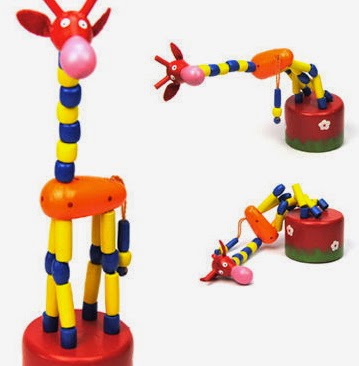 The last time your ran the Pikes Peak Ascent you struggled badly the last few miles. You were described as looking like a one of those collapsing animal toys that springs back up when you release the buttons on either side. Did you feel that way? Maybe we should make a Team Colorado collapsing Sage Canaday doll!? This time you got your piece of Pikes Peak. What was your nutrition plan for the race knowing what happened in 2012?

Sage: My nutrition plan was to fill my Ultimate Direction fanny pack full of gel and consume it in blobs. I was also looking to get in an Avery IPA near the top with about a mile to go, but no crewing was allowed out on the course. If I had that IPA in me I would've cracked 2:10 for sure! 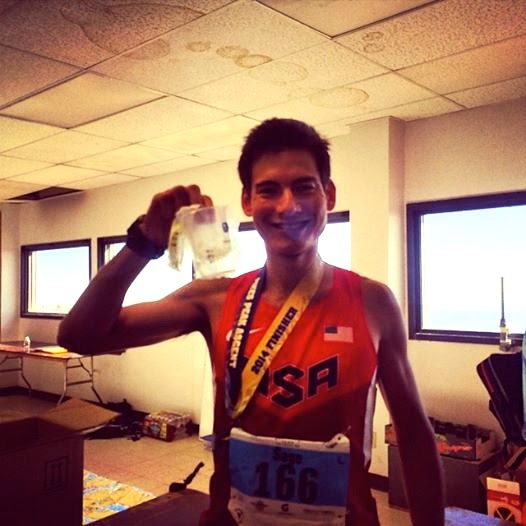 Team Colorado: You mentioned that this was the first time you had to pee in a cup (aka get drug tested). That's a bit of a surprise since you have done a lot of other races with larger prize purses. There is quite a lot of money in some of the larger ultra races, which is starting to attract athletes trying to get their piece of the pie. What is your take on drug testing in mountain, trail, ultra running?

Sage: The more testing the better. For me it was an honor as know I feel like I've finally made it in the sport (since I got tested). I think to really catch people they need to do out of season testing and always make it a surprise, though!

Team Colorado: You did not "Pull a GR" like most Pikes Peak Ascent winners have done in recent years to win, but it sounded like you ran a smart, tactical race. Take us through it, especially when you went from 3rd to 1st in the last mile.

Sage: I don't have a high enough Vo2max to take it out hard like a lot of the guys so I was pretty forced to sit back and wait. I knew from some workouts that my strength this year was probably going to be the last 3 miles so I waited until then to make my move. It really wasn't a strong move as my motto in this section is "just don't walk," but at the time it felt intense. I got an extra boost of energy when I saw first and second place close together and I figured if I didn't give it everything I had to try catch up and win I'd regret it for the rest of my life. With about half a mile to go I put my head down and gave it everything I had...including a slow powerhike up the golden stairs (which was all I could muster).


Team Colorado: If you could have any nickname, what would it be? "Rage" was a nickname in college, but you don't seem like an angry person. We also don't want to refer to you as a shrub or a philosopher, if you are not into that.

Sage "The Rage": You haven't seen the anger come out yet! Consider yourself lucky. The Rage gets going only after a six pack or two...

Team Colorado: You have been racing, nay, dominating races this year. What is up next for you?

Sage: I'm going to do the Rut 50km SkyRunning World Series Ultra Final. Killian Jornet is supposed to come so it will be an intense race!

Team Colorado: We know of this Kilian, he was in one of our blog posts once and was pretending to be Miley Cirus. You know, if you take out your time from this year's Pikes Peak Ascent but you keep in the The Prez's time, he has run a faster time than you did back in 2012 (2:21:16). How do you feel about that? Does it make you angry? Are you feeling the "Rage" now?

Sage: I'm happy for The Prez. He put down a solid race!

Team Colorado: We were just testing you to see if you turned green and got all muscly!

Sage: Nope, not yet.

Team Colorado: On a very important topic, what beer did you have after your Pikes Peak Ascent victory? 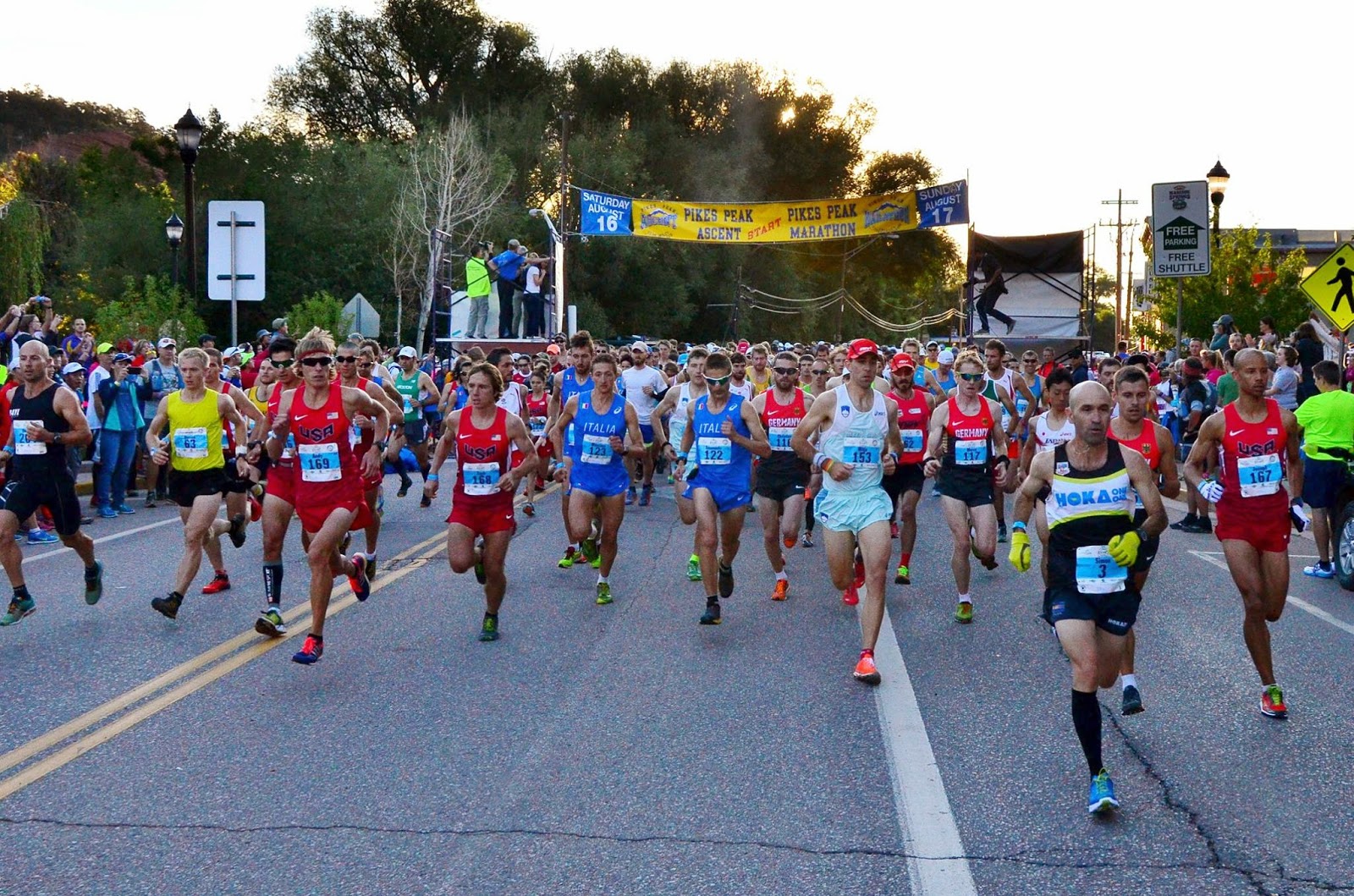 Team Colorado: Ah, yes, lots of antioxidants in a good IPA. Tell us about your upcoming film, MUT Runner.

Sage "The Rage": MUT (Mountain-Ultra-Trail) Runner is a film project that I'm releasing at the end of next month. It's about a movement I see in the sport in terms of more competition, increased sponsorship opportunities, changes in training philosophy, the role of prize money and falling course records. I've interviewed a lot of top MUT Runners and gotten their take on things as well as included scenic footage from my travels around the world. It's going to be about 25-30 minutes long and will be available on DVD and digital download.

Team Colorado: I know, I know, you've been itching to do it, so go ahead, plug your sponsors!

Sage "The Rage": Naw, but everyone should follow me on Twitter and Instagram: @SageCanaday. That way you can see all the shameless product plugs from my sponsors! 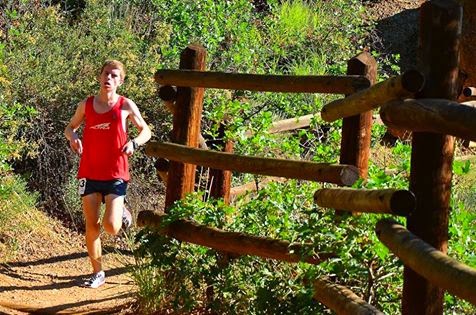 Personal Bests (or Worsts): Bests would probably be 3rd at Rocky Raccoon and 14th at Western States. I felt like I ran a close to perfect race at Rocky Raccoon and went about hour faster than expected. At Western I moved up all day and was able to run a fast last 20 miles and felt the best I ever have at that distance. Worst would have to be my first ultra, the Baker 50 miler. My nutrition plan going in was lemonade and bananas. It got up to 85 degrees and was super humid. I led the first 30 miles, then ran with my buddy who caught up for 5 miles before I started puking everywhere and cramping. I got lost for a couple miles, but managed to finish 2nd in 8:05. I then proceeded to puke a few more times before somebody called and an ambulance (not cool). Luckily I didn’t have to go to a hospital, but I was sick for about 2 weeks after the race. And the time I dropped at the Quad Rock 50. It seems I haven’t had much luck with the 50s.

Notable Achievements: Sub 14 hours in a 100 miler. And I’ve never had any real injuries, it’s a miracle!

Favorite workout: Long runs. The ones where you get lost, run out of food and water, and wonder if you’ll ever be done running…those are the best ;)

Favorite races: Oil Creek 100 It was my first hundred and my hometown race.

Favorite Beer: I’ll get back to you in a couple of years. (He's 19 people, we are not in Europe!)

Why Trail/Mountain/Ultra Running? Because it’s a blast! My “training” is running on sweet single track in the mountains every day for long periods of time. That totally beats trying to sprint around a track really fast. And I’ve found that running 100 miles is one of the hardest things I’ve done in my life. I don’t know why but I like training for months at a time and then one day trying to bring everything together and nail a hundred mile race, it’s pretty satisfying. 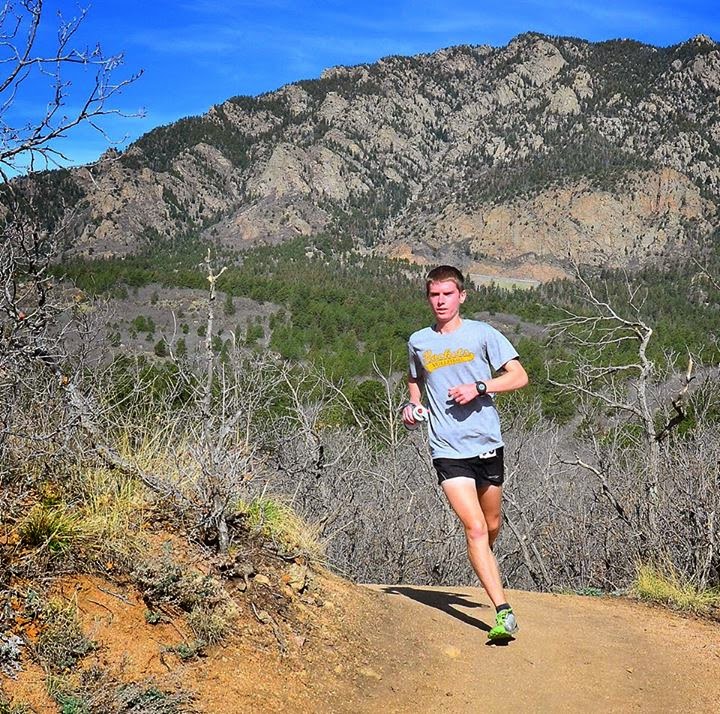