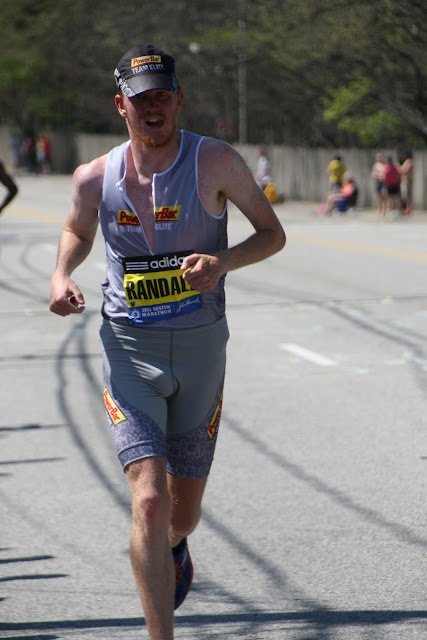 
Goals for 2012:  Learn to push myself to new levels of pain on any given day and any given race.

Favorite trails:  A network of trails and 4wd roads on the Grand Mesa. If you're going to run them, bring a map. Seriously, everything looks about the same up there and it's pretty easy to get turned around.

Website/Blog:  http://glennrandall.blogspot.com/
Posted by Peter at 1:12 PM No comments:

Email ThisBlogThis!Share to TwitterShare to FacebookShare to Pinterest
Labels: Meet the Team 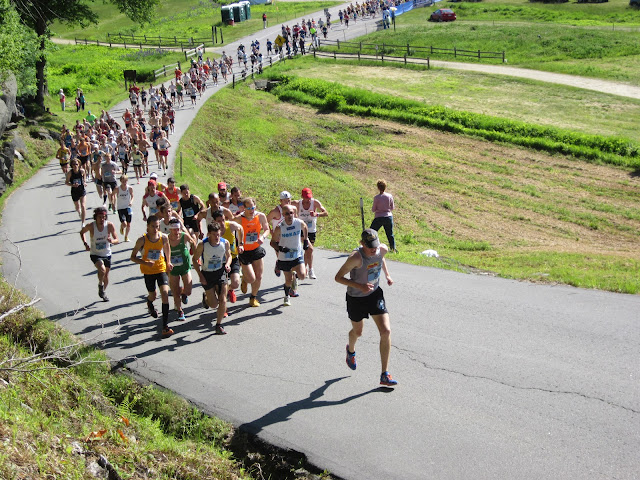 Team Colorado lined up at the 52nd running of the Mt. Washington Road Race, which also served as the 2012 U.S. Mountain Running Championships, on a warm New Hampshire Saturday, June 16th. By the end of it, all seven of the team were in the top 17th and two qualified for the U.S. Mountain Running Team, which will represent the US at the World Championships in Ponte di Legno, Italy on September 2, 2012. 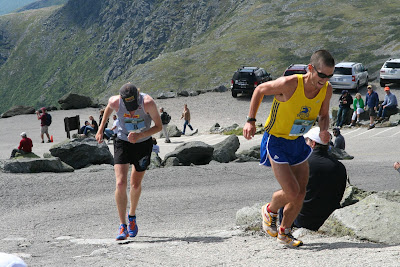 In the most competitive field ever assembled at Mt. Washington, team members Glenn Randall of Mesa, CO and Tommy Manning of Colorado Springs, CO placed 4th (1:00:58) and 6th (1:01:52), respectively, in the unforgiving 7.6 miles race to qualify for the US Team. The previous number of runners to break 1:05 at Mt. Washington were 8. This year, 14 men dipped under that time. 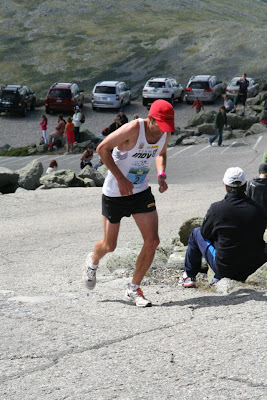 Manning finishing up "The Wall" 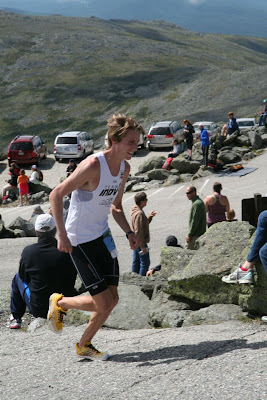 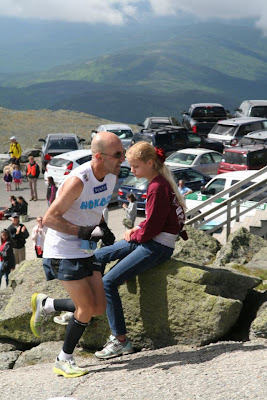 Gute (L) and Nichols (R) grinding their way to the finish 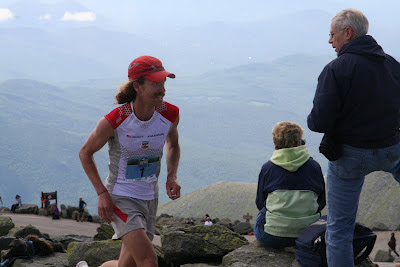 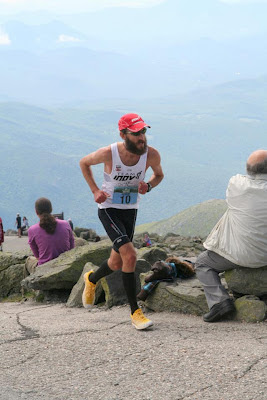 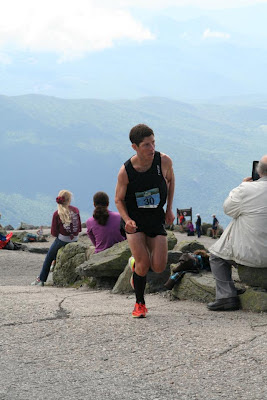 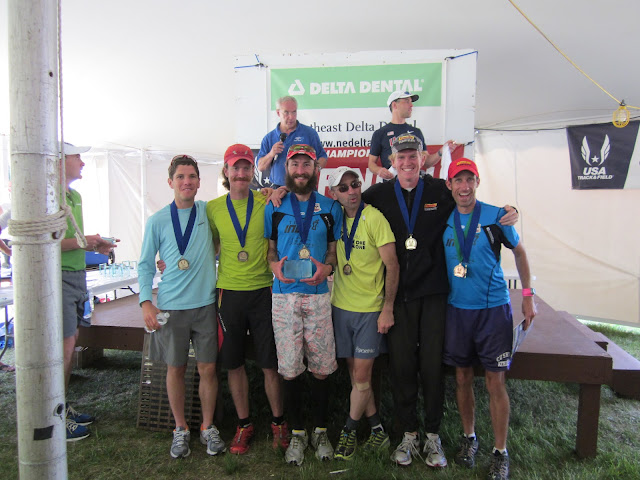 Results at www.mountwashingtonroadrace.com
Running Times write up here
Posted by Peter at 3:53 PM No comments:

With Mt. Washington just a few days away, Team Colorado has their eyes set on a team record. PikesPeakSports.us has the write up.

Garden of the Gods 10 Mile 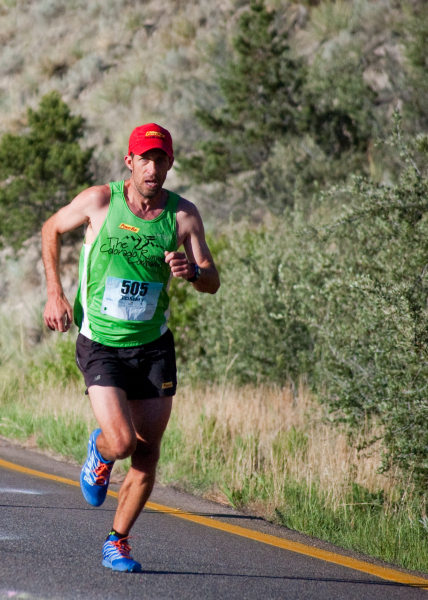 Manning just past the 4 mile point

Peter Maksimow and Tommy Manning ran the very competitive Garden of the Gods 10 Mile in extremely windy conditions to place 13th and 15th in 59:04 and 1:01:19, respectively. 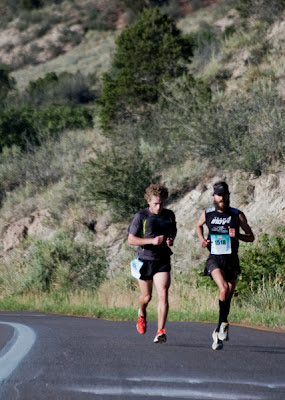 Maksimow's beard slowed him down in the high winds

Results on PikesPeakSports.us
Posted by Peter at 9:55 PM No comments:

This past weekend at the Teva Mountain Games in Vail Colorado, the newest member of Team Colorado, Glenn Randall, lead from start to finish in his typical running style to win the very competitive 2012 Vail Pass Half Marathon (13.7 miles) in 1:23:23. Peter Maksimow placed 7th in 1:32:12.

On Sunday, Alex Nichols made his racing return at the Teva Mountain Games after spending many weeks on a treadmill due to injury. Alex was in 4th position in the 10k Spring Runoff (actually, it was 7.5 miles) when he followed another runner off course. It was a good race if you don't count the fact that he didn't cross the finish line. Maksimow came back to race again on Sunday finishing 5th OA in 55:58. 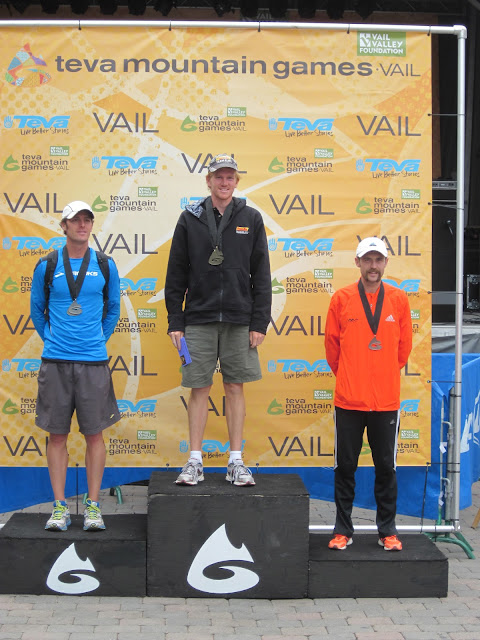 Randall atop the podium for the Vail Pass Half Marathon

Posted by Denise Ricks at 8:18 PM No comments:

Team Colorado's Peter Maksimow set out on the streets of the Boulder to run one of the country's classic road races. 50,000+ people, bacon and beer aid stations, marshmallow pelting, bands, belly & pole dancing and slip n' slides...what more could you ask for out of a race.

This race is the most organized race ever put on. Staggering 50,000+ people over 60 waves that start approximately every minute is no easy task...and it went off without a flaw. Maksimow placed 18th overall in a time of 33:07. www.bolderboulder.com
Posted by Peter at 10:34 PM No comments: