It has been announced that the 2013 editions of the Pike Peak Marathon and Pikes Peak Ascent will be testing for Performance Enhancing Drugs (PEDs, not to be confused with PEZ, the candy) by the United States Anti-Doping Agency (USADA).

The sports world has been gravely tarnished with PED use, especially with such high profile cases as fallen cycling star "Hot Pants" Lance Armstrong, Olympic Champions and even the Kenyans! What, the Kenyans!? What is this world coming to when the Kenyans are doping--the sweet, soft-spoken, frail little Kenyans???

Since Team Colorado is a huge proponent of drug testing, we are happy and welcome this new policy. As Simon Gutierrez stated, "It's good for the sport because it keeps the playing field nice and level."

It doesn't keep the terrain of the course nice and level, just the competition!


With the large prize purses of the Ascent and Marathon, there will be motivation for the cheats to gain an edge. "Unfortunately, when more money is involved, the suspicion does arise and people do things in an attempt to make money," says Gute. "With the big prize money at Pikes Peak, I think most of the mountain runners will feel positive about it." Plus, the only thing Gute is on is Geritol...he's claims it's safer than pumping iron in the gym. Oh, wait, there is the Centrum Silver for Adults 50+ that he takes even though he just turned 47. He thinks the lycopene and lutein are reversing his aging process.

There is also the Old Spice, he swears by Old Spice.

Mountain runners are a tightly-knit group of like-minded people and are involved in the sport mainly to be out in the mountains and on the trails, to enjoy the beauty of the great outdoors, to pee freely when nature calls. "Bring on the testing!!!" Peter Maksimow, who will be running the Pikes Peak Marathon, states, "I can't wait to pee in a cup! Peeing in a cup is a sign of success because that means you have placed high enough to get tested. I would be honored to pee in a cup...I'm just worried that I will be so dehydrated after the marathon that I will have to sit for hours while they force feed me water. Hell, I would even be willing to give a stool sample if they want that!"

Team Colorado member and the 2010 Ascent Champion, Glenn Randall, ran one of the fastest ever debut Ascents, clocking a 2:09:28, stated, "In skiing, I won an NCAA Team Championship, won an individual NCAA Championship, and was top 3 a few times at US Nationals. I was not tested for any of these races. When I won Pikes a few years ago, I was tested. I did not realize that testing was as rare in mountain running as the articles made it out to be, but the fact that Pikes is now testing every year almost makes me want to change around my race schedule to fit it in again."


Randall's ideas of mountain and trail running fit into the stereotypical thinking of a mountain runner. "One of the great things about mountain running is that you can do it au naturale." Plus, "just look what steroids do to cajones and then consider the type of cajones you want to compete in endurance athletics with."

True, you need balls to be ballsy!

There has been some question around how Axel Nichols has such nice hair. What is he using? "My hair always looks this beautiful," Nichols states. "I don't have to take anything for it...there is no secret to it. I just do a lot of hard training and the sun's rays keep it nice and blond."

Multiple-time top-3 finisher, Rickey Gates, uses a tonic to grow his mustache, but "it's all natural spirits, man!" he claims. "Drugs are bad, mmmkay."

You are such a hippie, Rickey!

Team member and 2-time veteran of the Ascent, John Tribbia, says "I support drug testing in the sport, especially in races that offer prize money. It will be enlightening to see how this changes (or doesn't change) the make-up of competitive fields. My hope is the people we race against are clean. I just hope there is a test for helium composition in the blood stream and helium in shoes."

Tribbia laments, "Would white compression socks be considered doping? I hope not, because I wore those once."


Tommy Manning has no tolerance for doping. "There's no money in mountain running so nobody has the need for PEDs. If somebody wants to take PEDs to be a big fish in a little pond and then die young, go ahead."

Glenn Randall headed down to yet another Rock 'n' Roll half marathon, this time in Dallas, TX, where he continued to chip away his time over the past few months with a 1:06:21, good for a 3rd place OA finish. Despite the windy conditions, Randall really got some motivation from the Dallas Cowboys' cheerleaders and also experienced a bit of history when he ran over the spot where JFK was assassinated on November 22, 1963.

Randall was leading the field through the first half of the race and continued battling it out with eventual race winner and 2012 race champion, Sammy Kiplagat, and and 2nd place Enoch Nadler, until a few miles to go, when Kiplagat made the final move to solidify his win in 1:05:56.

And for his podium finish, Randall was given an large moose antler!

Strange things happen down in Texas. 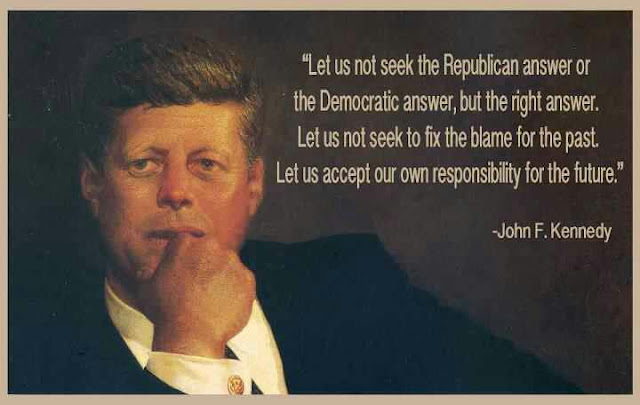 This St. Paddy's Day weekend a few Team Colorado members took to the streets for some Irish-style racing and some down under ultra running in the country of New Zealand.

Days after turning 47, Simon Gutierrez showed that age doesn't matter when it comes to running fast. The 5k on St. Patricks Day in Colorado Springs, CO is always a competitive race and attracts some of the state's top runners. Gute placed 8th OA with a quick 15:56 (at 6,000 ft of altitude) and held of 45-year-old Justin Chaston, a 3-time steeplechase Olympian for Great Britain, by one second. Happy Birthday Gute!
Slowly coming back from injuries, Peter Maksimow managed a 11th place OA finish (12th place if you count the guy that didn't put on his timing chip on this shoe) in a time of 16:20.
Results

And down under, in the country of New Zealand, Team Colorado's Rickey Gates ran what appears to be an ultramarathon relay with his Salomon teammates. The Tarawera UltraMarathon has numerous distances along with team categories. We are not quick sure what team he was on but feel free to attempt to figure that out based on their results page. Things are obviously more confusing in New Zealand!

He showed all those other masters-runners-approaching-grand-masters-runners out there (take note Gerald!) how to get things done by laying down a 4:45.8 mile.

Some people ask me what he's on, WHAT IS HE ON!!!??? Gute is on the same thing Matt Carpenter was on…old age! Sort of like Old Spice, but waaaaay more potent and you can never get the smell out of your clothes. Gute is definitely going to test positive for PEOS (Performance Enhancing Old Spice). Good thing for him they are not testing for PEOS at this year's Pikes Peak Ascent.

Happy Birthday Gute! May you run sub-5 minute miles for the next 47 years or until you are 94, which ever comes first.
Posted by Peter at 12:40 PM 1 comment:

Racing in the Dirty South to the Wild West

It has been a busy couple of weeks for Team Colorado racing all across the country from Savannah, GA to Little Rock, AK and Pasadena, CA and in the home state of CO.

On February 23rd, Peter Maksimow ran the rainy Seacrest Partners Race for Preservation 5K/10K in Savannah, GA, capturing the win in the 10k in 34:08 after starting the race planning on running the 5k. The problem was that there was no volunteers at the turnaround point and no course markers (well, there probably were but they might have been chalk markers and it was raining fairly hard--you can probably figure out what happened with that!).

After a high school kid wearing a florescent yellow shirt with the name "Calhoun" across his back baseball-style took the race out like a bat out of hell, there was another race that had begun. A guy on a bike cheering on the leaders (probably Calhoun Senior) bid us a good race and said "beat the train!" No, he was not kidding. The loud horn of the train could be heard from quite a distance away and the pace quickened as the leaders and train approached the intersection together. The first two leaders made it through and a second high school kid (maybe another Calhoun???) had to sprint before the train bisected the race course, cutting off the rest of the field.

Two miles into the race, Peter realized that he had not yet seen a turnaround point and stopped to ask a police officer along the course. "Oh, yeah, you passed it a long time ago! You might as well keep going, you're winning the 10k!" Luckily, there was a lead police car and a badly fading Calhoun who also expected to run the 5k. The rest was uneventful other than alcohol could be consumed on public streets in Savannah!


In the forth and final race of the Pikes Peak Road Runners Winter Series, Simon Gutierrez laid down a 35:25 10K time en route to a 4th place finish in Black Forrest, CO. The course included snow covered dirt and paved roads and took place at an altitude of 7,300 feet. This secured the overall team title for Scrambled Legs.

And down in the dirty south in the little town of Little Rock, AR, Justin Ricks ran the Little Rock Marathon, placing 8th OA in 2:34:32. He used this marathon as preparation for future races. Ricks has been on a tear lately, recently winning the Red Hot 33K in Moab, UT in course record time, the first race of the La Sportiva Mountain Cup Series.

Glenn Randall gave the road runners a run for their money at the Rock 'n' Roll Pasadena Half Marathon. He battled it out with Hungarian mountain runner Adam Kovacs to finish 2nd OA in 1:07:08. Are the mountain runners taking over the roads!!!???