Last weekend Team Colorado's Sage Canaday, the ultra running equivalent of The Fonz, won the Speedgoat 50k in a record-breaking time. In the hotly contested race that is put on by the unicorn version of a goat, Karl "Speed Unicorn" Meltzer, Canaday broke Killian Journet's (the Spanish equivalent of Liberace) 2012 "not-quite-on-the-course" record of 5:14:10 with a 5:08:07. Mixing up the race were Anton "Where's Anton?" Krupicka and Max "Where the Wild Things Are" King.

Team Coloradan John Tribbia was also in the race, and was 7th at Hidden Peak (mile 8.4), but did not end up in the results. We hope you made it out alive, Trib!

Krupicka closed fast in the last 10 mile of the race coming within 90 seconds of Canaday, after being down by as many as 4 minutes, and finished 2nd in 5:09:36. Jason Schlarb overtook King to place 3rd in 5:19:34 to King's 5:29:02. Maybe it was King's unorthodox training techniques lately?

Or, perhaps it was his silver mullet! 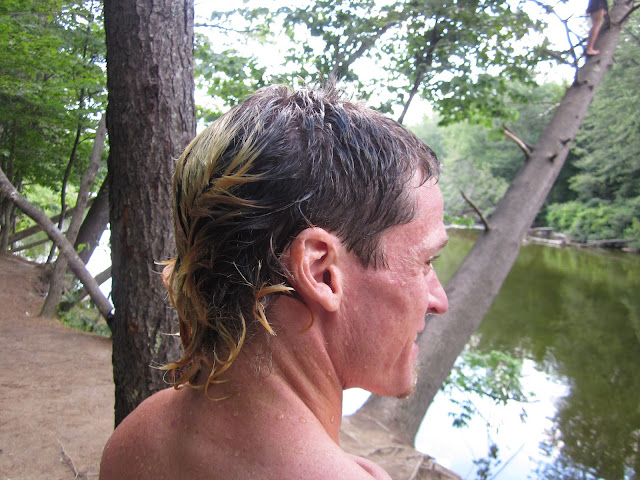 For complete results and a less sarcastic race review, check out www.iRunFar.com and Sage's website.


Sage's mantra towards the end of the race was:


The Fonz says "Ehhhh" to Avery beer after the race! 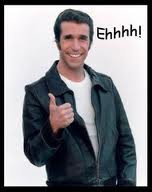 Complete Results
Posted by Peter at 11:21 AM