My first idea of this shoe was that it was going to be exactly like the ƒ-lite 230’s…just 2 grams heavier, and who wants to haul around that extra 2 grams!? Not my skinny ass!

When I received the ƒ-lite 232, I was pleasantly surprised at a number of tweaks and changes made compared to the traditional ƒ-lite models. 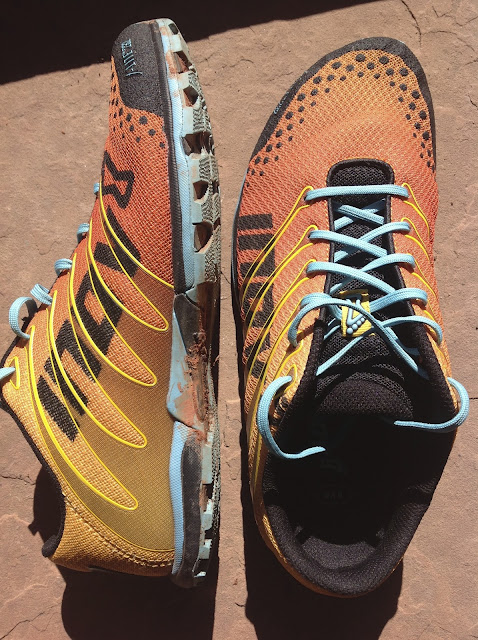 The most noticeable attribute is the new addition of the “anatomic fit” to the ƒ-lite line, offering a curved last and roomy toebox, compared to the narrow and straight “performance fit” of the previous ƒ-lite models. This “anatomic fit” allows the toes to spread in a more natural fashion to cover more surface area on landing and take off. With the “natural running” kick becoming more prevalent, the demand for a “natural” feel is gaining ground (pun intended). Previously, the entire line of ƒ-lites was only available in the “performance fit.” Not too comfortable if you happen to be blessed with a wide forefoot.

The midsole foam compound of the 232 is much more cushy and responsive than the previous ƒ-lite midsole, leading to a softer overall ride. The previous midsole tended to be firm, offering a harder ride which could get bothersome running on harder surfaces such as concrete for extended periods of time. Who invented concrete anyway!? It sucks!

My beef with shoes that are now being offered in a lower drop or zero-drop, is that companies tend to take the cushioning out of the midsole so that all you are left with is a outsole and a upper, which is fine if you love your foot gloves or your five-fingers! I tend to cringe when hearing the dreaded term “zero-drop”. The 232s have a Shoc-Zone of zero, which means that they don’t have a ramp angle, or a differential, or a drop, or whatever the kids are saying now days. I do not cringe, however, when I run in the 232s because the midsole, although very low profile and minimal in design and function, offers adequate protection and cushion for my little footsies. A novel feature for such a lightweight, zero-drop, performance shoe.

Some things remain the same: the Meta-Flex groove, allowing a natural flex point in the forefoot, and Fascia Band which mimics the ‘Windless Effect’, sort of like adding NOS (not the rapper) to your Subaru or a Flux Capacitor to your DeLorean. Wild, huh!?

Now the ƒ-lite line offers a gender specific fit (a more narrow heel for females) with specific gender colors. The women even get a lighter shoe weighing in at 219 grams for the comparable model. That is not helping gender equality. 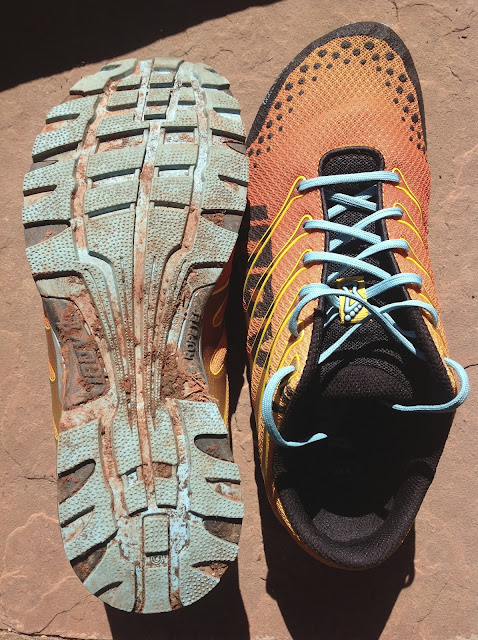 These shoes have taken on the potholed roads of Savannah, GA, scrabbled over the craggy trails of the Pikes Peak Region and carried me 4 times around the track in less than 5 minutes. You will also never be missed again thanks the sunburst color and baby blue highlights are akin to wearing the sun with cake frosting highlights on your feet. The competition will know you have come to compete! After wearing them for some time now, I could care less about the extra 2 grams of weight. I could always take the lucky penny out of my shoe to cut the weight, but, then again, how much does 2 grams really matter when you need the luck?

Note: This was a prototype model, production models may vary slightly but the colors will remain vibrant!

Review by some guy named Pedro Maximus
Posted by Peter at 9:52 AM