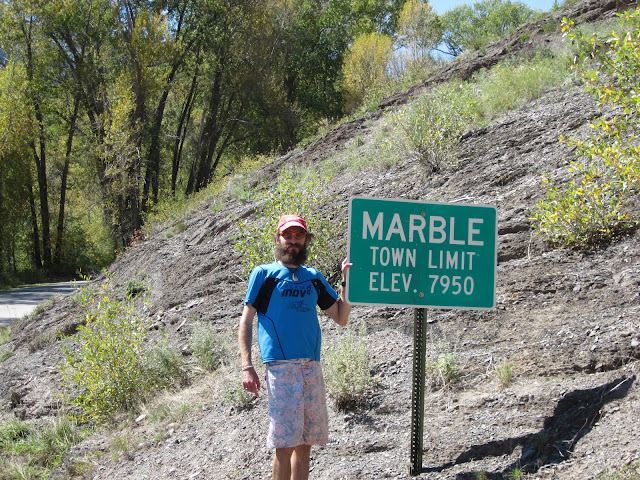 On Sunday Sept 16, the LeadKing Loop 25K in beautiful Marble, CO, which also served as the USATF CO State 25K Championship, crowed Team Colorado's Peter Maksimow as the 25K State Champion. Maksimow lead from start to finish, finishing in 1:53:53, but was challenged by J. Marshall Thompson the entire race, who finished 7 seconds behind. Former UCCS runner, Casey Weaver, came in at the 3rd spot in 2:06:51. 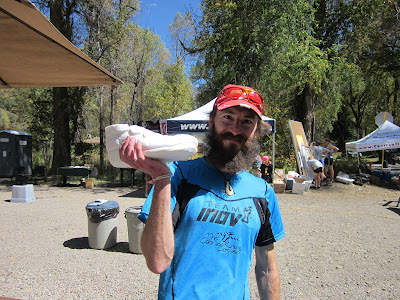 The prize: A new marble shoe

The LeadKing Loop 25k started at an elevation of 7,950, climbed to 10,900 in the first 5.3 miles before descending down rocky scree and boulder-ridden jeep trail to the finish. Maksimow placed 2nd in 2011 to teammate Alex Nichols, but with his win could not break the course record of 1:51:06 set by Nichols.

This State title is added to the 50K State title Maksimow won at the Greenland Trail 50k in May.

Myriah Blair won the women's overall title and USATF CO Championship, running 2:22:29. Shari Marshall placed 2nd and was the first Master in 2:26:24. Jennifer Mendez rounded out the top three coming in at 2:31:32. 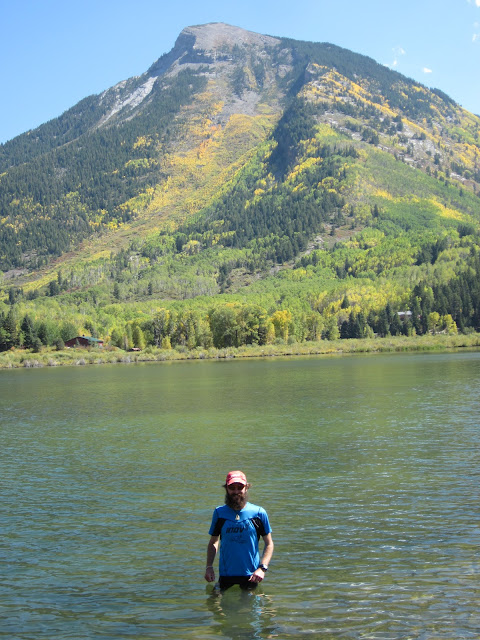 Icing the legs in Beaver Lake after a long race