Team Colorado is proud to announce the addition of the infamous local of the Pikes Peak Region, who was a standout runner at Lewis Palmer, a member of the national Champion 2004 UC Boulder cross country team, a US Mountain Running Team member and has been known to put his hair in braids. The one, the only....Jared Scott! (well, there are others, not to be confused with W. Jared Scott from Greenwood Village, CO) 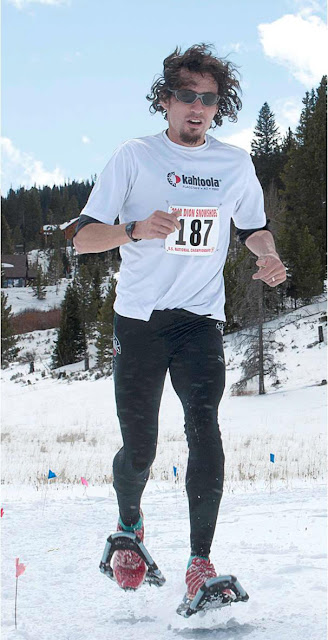 Hometown: Born in Pueblo, CO; grew up in Monument, CO

Favorite workout: Grand Canyon – South Kaibab Trail down to the river and back up to the top

Favorite beer: Ah yes, what is Team Colorado if we didn’t talk about beer? I don’t necessarily have favorite beer. I like all kinds of beer. A great thing about living in Colorado is that you can get some pretty good beers from a local brew pub no matter where you live in the state. Even little towns in Colorado have good breweries.  Like where I live, Dolores, a town with 600 people has the Dolores River Brewery—check out their ESB or Stout some evening (after 4PM and not on a Monday because they’re closed) if you’re ever passing through. Ska Brewery in Durango recently has been putting out some good flavored stouts in a can like the Hibernal Vinifera (simply this is a Wine-Stout and you’ll definitely be feeling it if you have more than one) and the Vernal Minthe Stout (it’s like Thin Mint Girl Scouts Cookies but in beer form).  My wife and I have also home brewed some pretty good beer too.

I wasn't kidding about the braids!