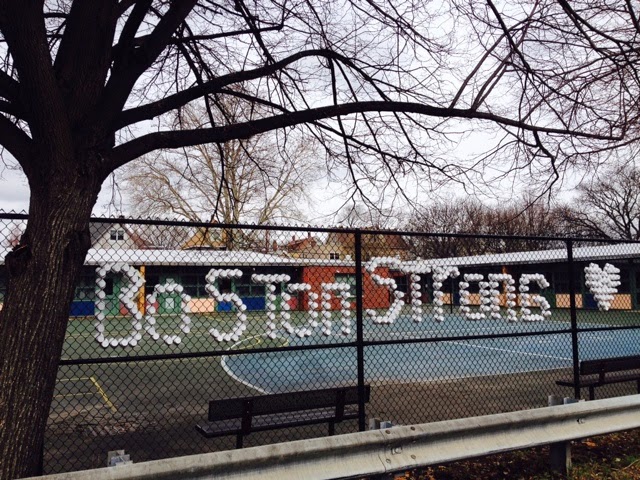 Brandon Stapanowich is the epitome of Boston Strong! During the 2005 Boston Marathon, he was having some "issues", you could say, but was so determined to cross the finish line that not even delirium and non-functioning muscles would keep him from that goal.

He couldn't run anymore. Nor could he walk. What he did do was set the Strava course record for crawling on Boylston Street!


"Boston 2005 was my second marathon. In all the years since, I'm still not quite sure on the why's but I vividly recall the what's. Fatigue was certainly an issue for the final 6 miles after heartbreak hill, but just after making the left hand turn onto Boylston, my world turned upside down. A wave of sound from cheering spectators hit and I recall becoming euphorically overwhelmed. The next thing I knew, I was on my hands and knees. My legs didn't cramp and I didn't trip on anything. They had just collapsed. With thousands of people watching, I was incredibly embarrassed and a little angry, but when I tried to stand up, I simply couldn't! My watch read 3:07 and the finish line was just ahead. For a brief moment, I weighed the options of barrel rolling or crawling the rest of the way. Ultimately, I determined that crawling would be the most efficient means of a 3:10 finish. After a half an hour and intravenous fluids I was as good as new!" 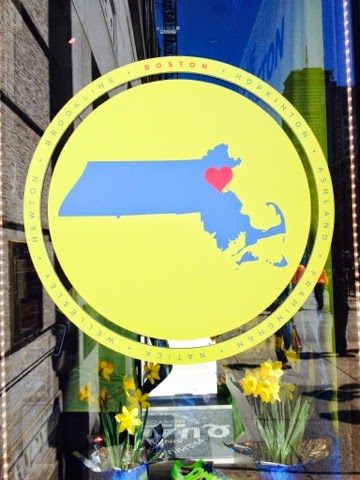 Kim "Queen of Uphill" Dobson is not allergic to the roads as most mountain runners are. Boston was her first marathon and it holds a special place in her heart, for more than one reason. 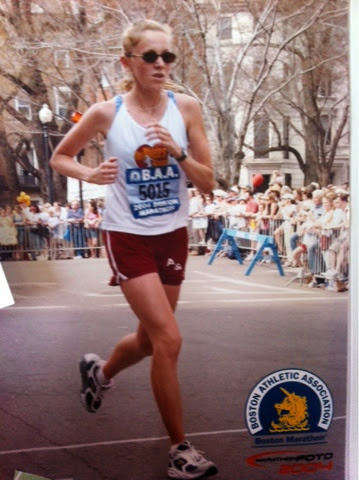 "The Boston Marathon is like the hub of the running community. The incredible response from runners all over the nation after last year's tragic event proves even more how supportive, friendly, and tenacious runners are. For me, Boston is a very nostalgic race as it was the first big marathon I ran when I was a naive 19 year old. I was enamored by the experience and from that race grew my desire to compete in long distance races."

"It's also special because I stole the household Dobson marathon PR at Boston when Corey [Dobson] and I ran it in 2010. " 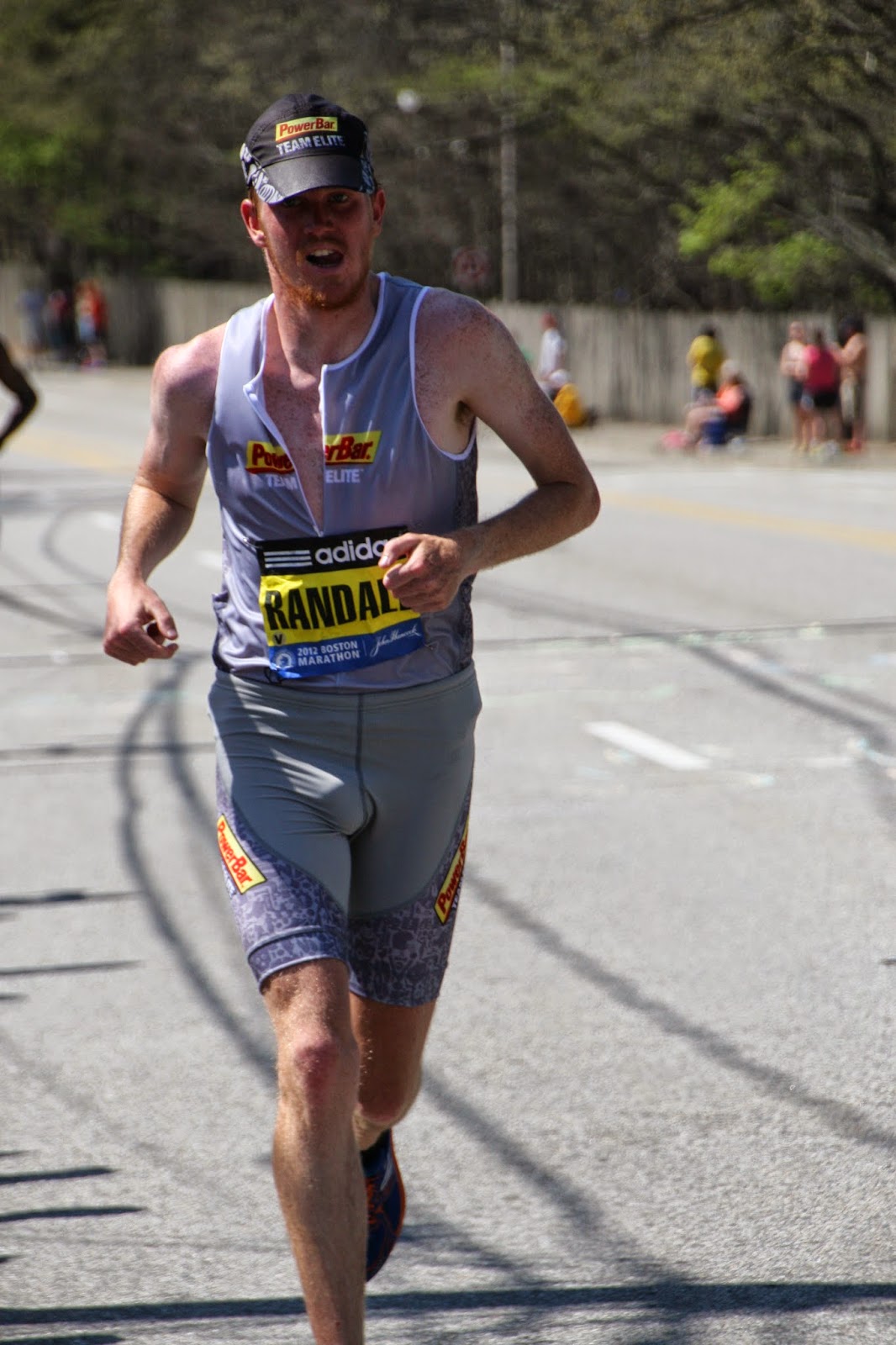 Glenn Randall, known for his front-running style, took out the 2012 Boston Marathon and gapped the field of elites, including Africans and some top US athletes. This is where the term "Pulling a GR" was acquired from a flurry of activity on LetsRun.com. What most people didn't know was that this is his style, he kept it honest even if others do not and he has the talent to back it up. Say what you will about him because he lives by Dr. Suess' words:

"Be who you are and say what you feel because those who mind don't matter and those who matter don't mind." 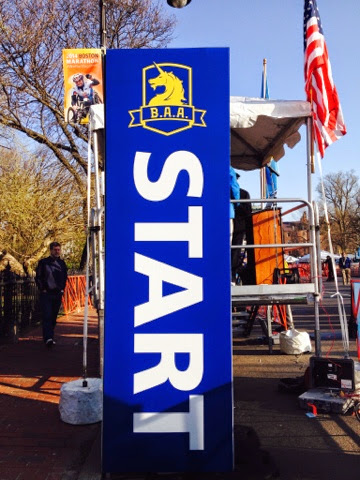 Stevie "Sunshine" Kremer ran Boston back in 2010 and had her trademark oversized sweater on, luckily, because it was a cold year. When asked about her experience she recalls an image.

"Crazy thing is there was a picture from the Boston Marathon of me with my knees in my sweatshirt a few hours before the race start and the only thing behind me were army boots (legs of soldiers). It's a pretty amazing picture." 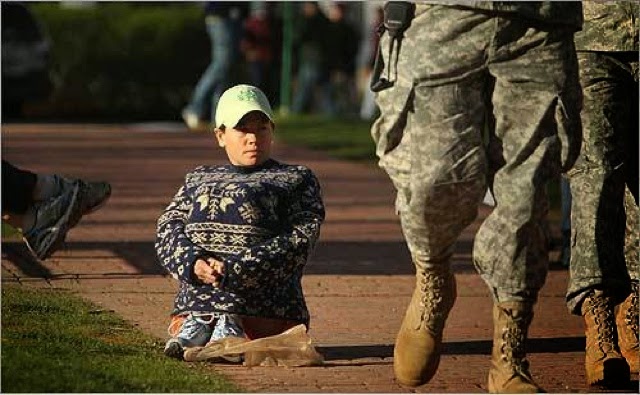 Amy Perez, Team Colorado's chef l'equipe, crossed the finish line shortly before the explosions at the finish line last year. Regardless of the finish, it was not supposed to be part of what should have been a positive experience. She's back this year for some unfinished business. 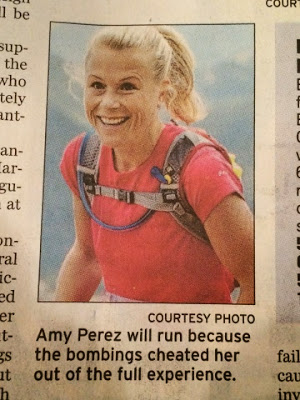 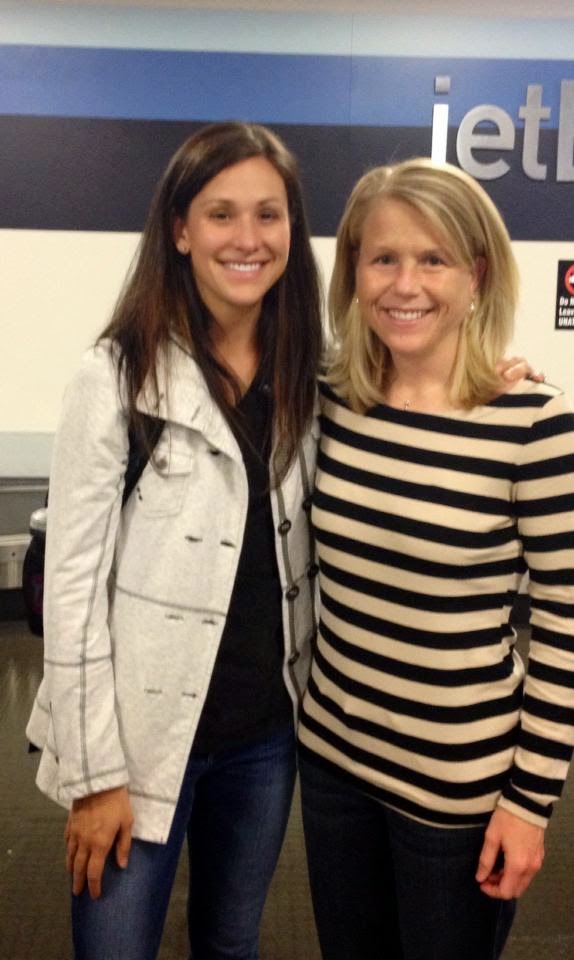 "I finished the The Boston Marathon in 2013 and fell in love with this amazing city. I've run a few other big city marathons and no one welcomes you quite like Boston does. Last year's race was emotional on so many levels and ended on such a low, I wanted to give myself the chance to come back and see this race through the finish for all runners. Once again, welcomed with open arms, Boston has done a tremendous job with taking their city back and I'm anxious and excited to run hard. Huge thanks to Kim (Queen of Uphill) for getting me here more fit than ever before...I WILL run all the way to the finish." 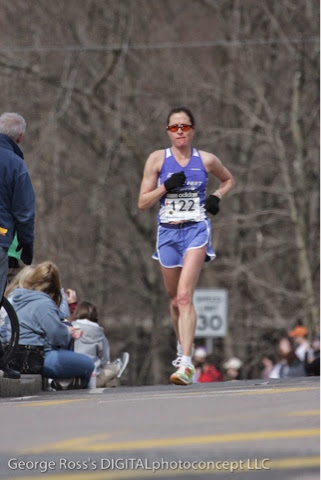 "I was not here last year; I was at the gym when my brother (a Bostonian) texted me that there were explosions at the finish line and then within the next few hours my siblings/parents + some clients/friends called me to see if i was ok!!! (as if I wouldn't have told them previously if I'd been going to run Boston...)"

"I think this year will be a big 'ole love-fest party scene and I am completely looking forward to the experience!"

"Each of my races do have their own story, but one of my favorites is the year I went out way too fast for meself, and was just suffering by 15+ miles, thinking 'maybe when I see my brother at 17 I will just drop out..' ...then I come up on this guy on CRUTCHES (they allow handicapped participants to start early) and in that moment knew I could at least (SHOULD AT LEAST) finish....so I passed my brother by, and of course I am happier with that decision!!!!!" 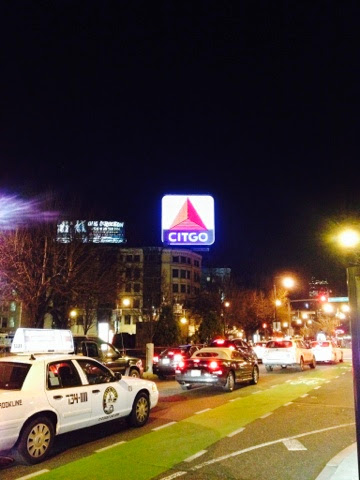 "The other memorable moment was when I was privileged to start with the elite women, and again around 15 miles the elite men who start later, came whizzing by me, WOW! I even have a photo from the race of me running "with" a few that were off the back of those leaders. The other memorable thing of that day was that I ran the entire day practically alone being off the back of the real elites and ahead of/passing the stragglers....a unique Boston experience! BOSTON STRONG!!!"

Melody Fairchild has never run the Boston Marathon, but she did just run an amazingly fast 5K this Boston Race weekend with a 16:46 to finish second female master. 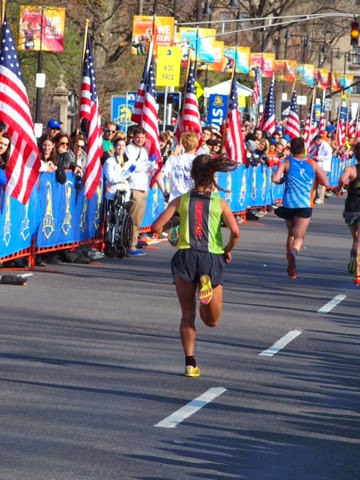 "Racing on Boston Marathon weekend, this year in particular, was a thrill and an honor. Thanks to my sponsor, Newton Running, for making it all possible. Someday I will be back here to run the marathon. The level of organization, professionalism and passion that the B.A.A. has for their events, is unparalleled. I am happy with this 5k performance, a race I am "training through" en route to my "A" goal of the year, a sub-2:38 marathon at Twin Cities in October. Wonderful to see the ubiquitous Peter Maksimow out there on Commonwealth Ave. during my warm up, too! Great motivation before the race! 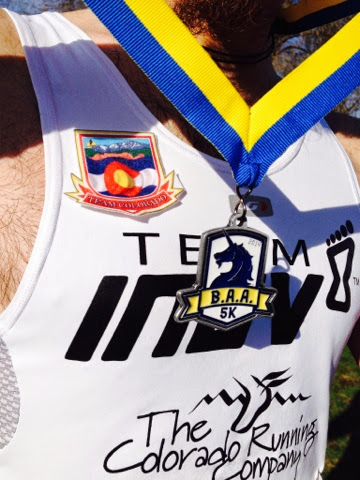 Peter "The Prez" Maksimow has never run the Boston Marathon (he's allergic to the roads) but has fond memories of the place and its magic.

"Boston holds a very special place in my heart for many reasons. It is a place where I lived for a short period of time but gained so much from at the same time. Back in 2006 I had finished my graduate degree at the higher learning institution where basketball was invented, Springfield College in Western Mass, and having just returned from Europe, not knowing where to go and what to do with myself, I took a job at the Oak Square YMCA in Brighton, MA. That is where I met my best friend and wife, Nora. We watched our first Boston Marathon together in 2007 and cheered on a trainee of mine to a new marathon PR. I was deeply motivated to get back to running competitively and someday run this race. It is Boston, after all! Unfortunately, I had been unable to run for a few years due to a serious bout of Chronic Fatigue Syndrome." 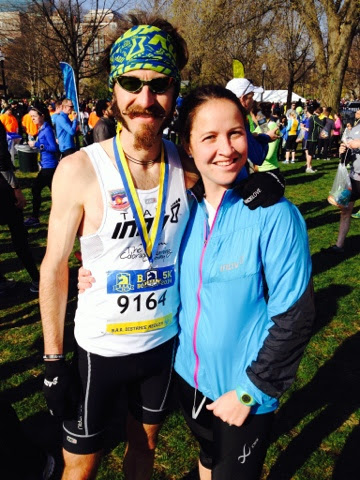 "Fast forward to 2014. We have made the pilgrimage back to the place that holds a few bad memories, but has even greater memories of love and perseverance, both personally and collectively. On Saturday, Nora and many friends and fellow teammates cheered and ran alongside me in the B.A.A. 5k as I gave some of the fastest men and women in the world a run for their money (they won the money, I won the lady and a pretty quick 15:29). Although it's not the marathon, it's a step in the direction of Hopkington." 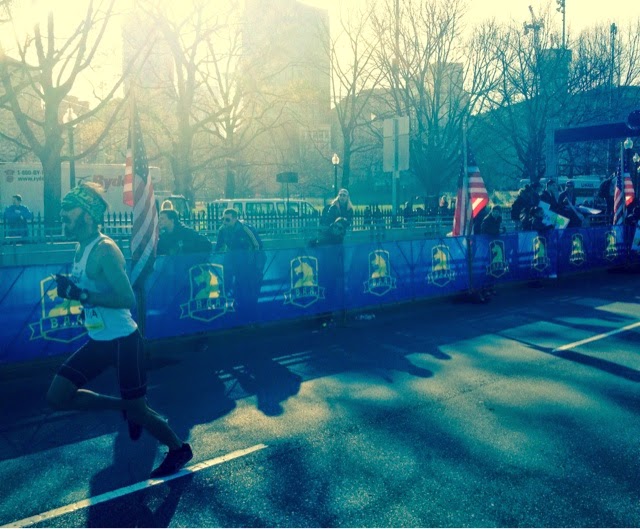 Keep it Strong Boston!
Posted by Peter at 5:24 AM